Three Cases That Show The Medicaid Caseworker is Not Your Friend

Home/Medicaid, Medicaid Knowledge/Three Cases That Show The Medicaid Caseworker is Not Your Friend
Previous Next

Three Cases That Show The Medicaid Caseworker is Not Your Friend

Do you want A PATH or The BEST PATH for your family? Unfortunately, most families experience a need for long term care at some point in their lifetime. It may be a parent, a sibling, or it may even be you, but there is a good chance that it will impact your life at some point or another. When that happens, don’t go to the Medicaid Office for answers. They are not your friends, and here are three horror stories we can point to. (Please see my recent video here https://youtu.be/IgvkwBtL-3Q).

The Medicaid Office is staffed with everyday people, and they often seem very friendly and knowledgeable. In a lot of cases, they are great people, but it isn’t their job to save your family the most money possible. It just isn’t. When talking to a used car dealer, you don’t take what they say at face value. You don’t assume everything is fine with the car you are looking at. You check it yourself. And if you’re really smart, you get your own professional to check things out. That’s what attorneys and Certified Medicaid Planners™ are for. Here are the three horror stories we’ve come across:

It’s pretty much a regular course of business when people go to the Medicaid Office “to get some answers” that a caseworker will pass you a form, ask you to fill it out, and then have you sign it. “Your application has been denied,” you’ll now hear.

“Wait a minute, what application? We were just trying to get some information.”

“You just filled out an application, signed it, and handed it back to me. Your application for benefits has been denied.”

And now, suddenly, even if you go through a Certified Medicaid Planner and make all of the right moves to qualify for Medicaid, your new application will be put under a microscope because there was a recently rejected Medicaid application on file and they need to make sure you aren’t lying on this one.

A woman went to the Medicaid Office to get answers about her mom needing nursing home care for dementia. She was told to spend everything she has on care until everything was gone except $2,000 (but there were other options.) The daughter mentioned she heard that her mom was allowed to keep the house, and the caseworker agreed that was the rule (but didn’t tell her the whole rule.) Daughter spent everything her mother saved over the course of her lifetime except the family home, applied for Medicaid, and her mom started having her care paid for. A few months later the caseworker called acting concerned about the mother’s health. Then she asked, “Is your mother ever going home?”

Next thing you know, daughter gets a letter cutting off benefits until the house is sold, all of the money spent to pay back Medicaid and then the rest be spent on mom’s care until she again had less than $2,000.

What the caseworker never told the daughter was that mom was allowed to keep the house as long as mom had an intent to return home. The daughter, as her mother’s power of attorney, withdrew that intention when the caseworker asked about her mother returning home. Thankfully, our team was finally called in and we were able to get that decision reversed.

The third story is the reason why we now have a section in our engagement agreements that no one will speak with a government agencies about the case. Dad needed Medicaid, and Mom didn’t want to lose everything, so she came in with their only son. The son was a professional in a scientific field who thought he knew everything about everything already, but Mom knew we were professionals focused on this area. We created a GamePlan, shifted assets around, and then as part of the process Mom loaned Son a huge amount of money that was to be paid off, with interest, over a set period of time as an actual, legitimate loan. We had the timing of the loan just right so when Dad’s Medicaid application was submitted, he would qualify.

Then the son took it upon himself to call the Medicaid Office to get an update. 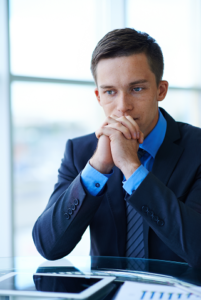 Of course, the friendly caseworker started chatting with the son, asking him why his parents did this, or why they did that. Then she asked about why her parents loaned him the money, and he said, “to qualify for Medicaid.”

The application was denied, and all of our planning was for nothing. The caseworker intentionally acted friendly just to get our client’s son to say something he shouldn’t have so the application could be denied.

There’s plenty that can be done to help seniors qualify for Medicaid for nursing home care without spending everything. While Medicaid caseworkers are there to provide answers, they are not there to help your family keep everything you are entitled to. There is a big difference between Medicaid caseworkers guiding you down A PATH to get you or your loved one to qualify for nursing home Medicaid and taking you down the BEST PATH to keep as much as possible. It just isn’t their job to help you keep more. So whose job is it to help you and your family keep the most and still qualify for Medicaid? Us. So who do you really want in your corner when long term care is needed? Us or the government?