[Please note that this is a frequent “reprint” article for our office. We intentionally re-release important information to our clients through the newsletter because the issue tends to come up. If you have any questions on this information about your own plan, then please schedule an appointment with the law office at 919-844-7993.]

The intricate maze of Medicaid Planning confuses even seasoned professionals if they don’t focus on this type of planning in their daily practice, and it’s easy to find differing opinions. Accountants cringe when told to liquidate an IRA because they’re used to minimizing taxes. Bankers gasp when told to liquidate or just transfer CDs to an irrevocable trust early because it means lost interest. And stockbrokers hate, hate, hate taking money out of the market because they know, over time, the market outperforms almost all other investments. But what Medicaid Planners know is that all of those objections are now a far distant concern when matched against a Medicaid Game Plan because that plan is trying to save the family $120,000 or more a year on nursing home care.

As a Certified Medicaid Planner™ I get a lot of resistance from other financial and tax professionals precisely because they are not experienced or knowledgeable enough in Medicaid Planning to see the whole picture. Many bankers, accountants, and financial advisors are often rightly focused on their own specific profession, and the majority of their clients are not in crisis or going to be in the next few years. Let’s take a look at one problem area in Medicaid where I get the most resistance around a solution and then turn that into an advantage. Here’s an example of what is called “The Medicaid Squeeze.”

Adam and Betty are a couple, and Betty is in the very early stages of dementia. As part of a fully considered and vetted Medicaid Game Plan, we liquidate and move $500,000 of bank CDs from Adam and Betty into an irrevocable trust administered by their son Charles to start the five-year Medicaid clock. Once all of the assets in the Game Plan are moved and positioned, Betty could qualify for Medicaid five years and one month later. The plan is to keep $100,000 in a money market for liquidity and put the remaining $400,000 into an annuity guaranteed to never lose money. It’s always our strongest recommendation to not risk sheltered money in the market for the duration of the five-year lookback period.

Unfortunately, Charles talked to his broker who immediately convinced Charles to invest the whole $500,000 of his parent’s money 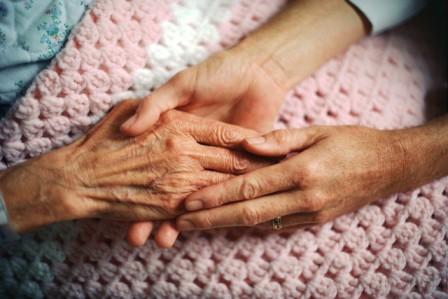 in the market in some “cutting edge companies” because “we can make a lot more money in the market in this emerging industry.”Two things happen over the next year. First, the market crashes, leaving only $250,000 in the account. Second, Betty’s dementia worsens much sooner than expected and needs nursing home care as soon as possible.

Here’s where we get to the Medicaid Squeeze. The Medicaid Rule is that the gift or transfer is valued at fair market value at the time of the transfer. Medicaid only sees that $500,000 went into the trust, and they don’t care that after the transfer the money invested in stocks lost half its value. So if Betty needs nursing home care right away, it will have to be through private pay and the $250,000 probably won’t get her through the next four years. Even if the money market wasn’t making hardly anything and the annuity provided no gains that year, there would still be $500,000 we could draw from to provide care for Betty. By risking money to make money during this volatile five-year period, Adam and Betty’s son and his broker put them in an untenable position.

So how do we turn that Medicaid Squeeze rule into an advantage?

It’s because the rule cuts both ways.

Medicaid has rules, and they have to be followed. But Medicaid doesn’t get to pick and choose when to apply these rules. If Medicaid is going to value stocks going into the trust at fair market value at the time of transfer and not later when the market crashes, Medicaid also has to value the life insurance policies at cash value at the time they went into the trust and not for what they are sold after later. This simple technique of selling a life insurance policy after the transfer in the Medicaid Planning process can provide a significant advantage to seniors and their families. To access a FREE webinar on Medicaid Planning, go to www.MedicaidPlanningWebinar.com.